Yep. You read that right. The taxi-hailing app service has confirmed opening operations in Pakistan. Before you go ahead and download the Uber app on your smartphone – let’s explore what this means for Pakistan’s fledgling e-commerce economy.

Uber, an online on-demand taxi- ride service provider, has been racked with notoriety since the very beginning of its operations. Some of the criticism has been directed at the lack of background checking before Uber signs on with drivers. Note the use of the word ‘signs’  and not ‘hires’; on-demand service economy has made parceling out work to contract workers common place.  This approach ignores many of the advances that have been attained since the 1st labor law set in place post the Industrial Revolution – including minimum wage, insurance, health care compensation, cap on working hours, etc.

There have also been numerous complaints of Uber drivers attempting kidnappings or worse, especially when women call for the ride service. Take for example the Delhi Uber Rape Case, where an Uber driver was accused and found guilty raping a female passenger last year in December.  Subsequently, all app-based taxi services were banned in Delhi.  To-date, the city has also rejected an application by Uber’s rival, the Indian-based OlaCabs to run it’s personal transportation services in the Indian capital.

What is worrisome is that when the executive responsible for Uber’s international launches was questioned by the Wall Street Journal in December 2014, he admitted that the company did not conduct independent background checks of it’s drivers at that time.

“According to Mr. Singhal, the basic requirement for a driver to partner with Uber is to have valid documents pertaining to third party vehicle insurance, a commercial permit to ply a taxi as well as a driving license. The company does not conduct background check on its drivers, Mr. Singhal said. Instead it relies on the background check the government does on drivers that it issues with commercial permits.”

Pre-existing concerns for the safety of  Pakistani women while using public transport has led to the creation of services such as Zar Aslam’s Pink Rickshaws. The Pink Rickshaws are driven by women for women so as to avoid potential harassment by male rickshaw drivers.   Uber’s head of communications has been reported saying that all drivers in Pakistan will undergo through screenings and background checks. To inspire confidence in the service, Uber (and other app-based taxi services like it) will need to prove that their fleet is reliable for use by all possible customers, men and women.

While earning an easy buck on the side is tempting, the safety concerns on a Uber ride  also applies to drivers,  such as when this unsuspecting driver was attacked by a drunken passenger. I must applaud the Uber driver’s smart move in mounting a camera facing the rear of the car; this led to the easy identification and arrest of the rowdy customer.  Could the lack of training of the driver be one of reasons for such an attack? Had the driver in question been sufficiently trained to spot a trouble-maker, could this situation have been avoided?  If the Uber driver was not on contract-basis, commission-giving model  but rather a salaried employee, could he have been more likely to refuse this customer from the outset? It can be argued that the feeling of a secure work arrangement would have enabled this Uber driver to act from a place of personal empowerment; he would have considered his own safety versus chasing dollars into risky situations.

Travly,  Savaree, Easy Taxi, and Careem – all names of local startups vying to provide alternative transportation solutions to Pakistanis in the recent years. Adoption of such services has been dismal to say the least. Barriers to success include the ever-present rickshaw, the reliance on cash payments by customers, negligible options when it comes to mobile payments, insistence on booking rides solely on the web apps and the slow adoption of technology for errands. Such realities had led newer entrants, such as Careem, to provide a phone-based bookings in addition to the web/mobile app as well as accepting cash payments from customers.

Is it too unreasonable to expect that some government institution take the initiative to protect the tech industry in this nascent stage? Can we avoid setting up our entrepreneurs for failure by not pitting them against an international heavy-weight and champion of disruptive business practices like Uber? How about a 2 year ban on any such foreign-based services-oriented technology company entering the Pakistani markets ? Give them a chance to educate the customer base, so when the competition begins, at least its on an even playing-field.

While identifying the possible problematic scenarios Uber can face while functioning in Pakistan, it is important to remember that these conclusions are based on how the company has conducted itself thus far. If Uber Inc. changes it’s organizational model by ensuring it’s drivers are thoroughly vetted or that drivers are hired as employees with all the perks of a job at a multinational, I am more than willing to roll out the welcome mat. As for the customer base, that is something that only time and a marketing campaign or two can tell. 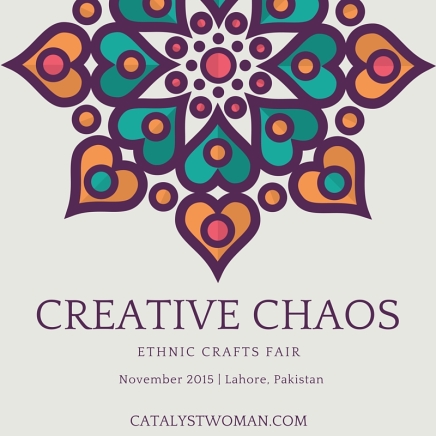 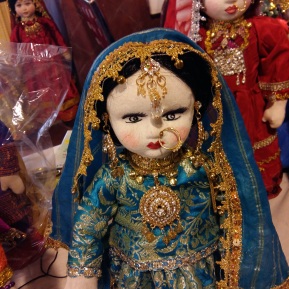 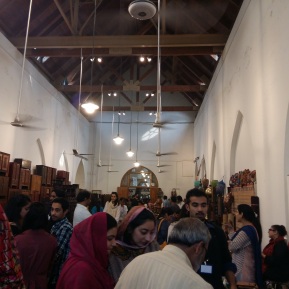 A quick write-up following a visit to a local crafts fair in Lahore – The Good, The Bad and The Ugly!

The Ugly (or Missed Opportunities)

I knew what that was. THAT  was the standard “ignore-and-avert-eyes” tactic being employed by the mustachioed clerk at the National Savings Bank .

Here I was, a regular Pakistani citizen, pestering the employee with questions when it was quite clear that he had only had his second cup of tea*.  He hung his head lower and buried himself in the busy-work occupying him – actual files and folders cascading all over the desk. (*sarcasm intended)