Big Hair, even Bigger Dreams:  Wisdom from the G.L.O.W.

Be Ok with Being Unlikeable.

Being okay with being unlikeable is a rude awakening for many in this selfie-driven / likes-driven world. We can not imagine being ignored, discounted or misunderstood by the public at-large. 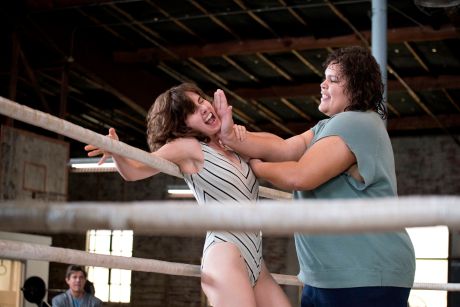 Ruth, our heroine in magenta tights, does not suffer from this delusion. Her life as a struggling actress in L.A. does not allow her to ever, ever forget that she is unlikeable. 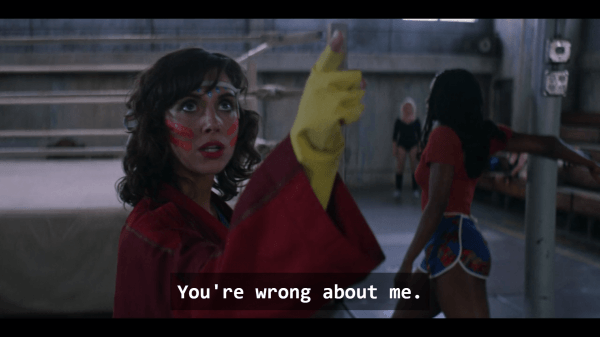 Ruth gets rough treatment on almost every casting call she goes for;  mostly for being original, authentic, and adamant on achieving her dream to become a Hollywood star. While she refuses to give up, that constant negative feedback has turned her into a worrier.

Accept Your Lot in Life.

In episode 2 her director Sam drives the truth home – to find your place in the sun – try not giving a f*ck.

As the roles for the upcoming wrestling match are being assigned, Ruth is disappointed to hear that she is not playing Liberty Belle, a patriotic Southern Belle, in the fight. Instead, Sam has pegged her as the adversary in the ring, who will lose in the end.

She needs to embrace the role that is being offered, to accept responsibility for some of the shitty things she has done as well as the inevitability of everything else that remains a confusing mess, like her broken friendship and the *always* overdue rent.

Ruth is made to see the role as the villain for the big break she was striving for. It is not until she embraces this fact and pursues her character, albeit with a wonky Russian accent,  that Ruth’s talent is recognized.

Plus, like Sam says, the devil has the best lines.

Haven’t seen G.L.O.W. yet? I highly recommend this show as it consists of smart writing, unpredictable characters, a diverse cast and kick-ass female leads who keep you at the edge of  your seat.